The State of Open Data in Pakistan 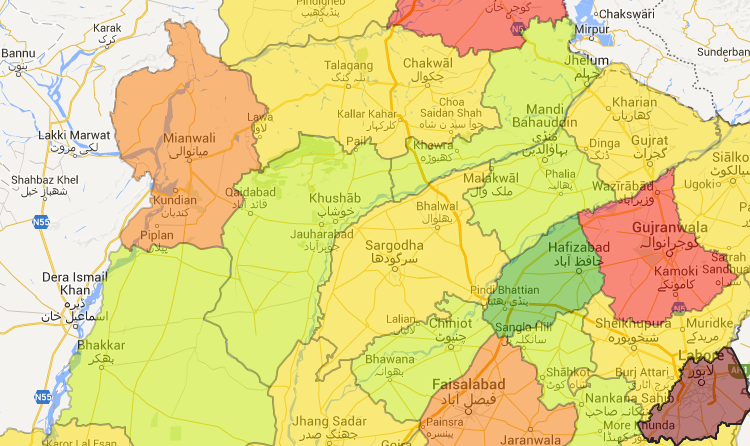 Pakistan is a developing country with major problems hindering her progress. The problems of peace, corruption, education, economy and mismanagement have caused the country to fall short of her Millennium Development Goals as specified by the United Nations. While the government is partly to blame for not performing up to the expectations, the people and general public also have a role to play in the matter.

The problems of mismanagement and impact-less policies can be solved if we know what the root causes of the problems are and where exactly is there a need for improvement? All these problems of governmental legislation, policy revision and malpractices in government departments can be tackled if a greater understanding is held of their operations and statistics. That’s why there is a need to ease restrictions on the data of government or public departments and make it available for re-use and reproduction.

A lot of countries are benefiting by following the concept of open government data. The open data initiative was first conceived in the 1960’s and since then different governments around the world have tried and tested this concept and they have come to the conclusion that open data can provide evidence for decision making and create extra value.

In Pakistan there is a great need for understanding the myriad problems plaguing the country. Our government policies seem to have no effect, no matter how many qualified economists we have on board, they always fail to turn the economy around, the education system is the biggest disaster of Pakistan, no uniform system of education exists and last of all corruption is rampant at every level of government. According to the Open Data Index, 2014 of Open Knowledge Foundation, Pakistan ranks 41st out of 100 countries reviewed for their open data policies. The Open Data index reviews data on nine different categories including elections data, legislations, national budget, spending records, transport timetables, national statistics among others. A set of criteria are defined for each category from which the performance is measured including availability in digital and machine readable formats and free of cost availability.

Despite all the facts, the campaign for the promotion of open data in Pakistan is well underway. More and more entities, organizations and individuals alike are voicing their support for easing the restrictions on public data. A number of initiatives have also started with the purpose of providing an open source of data collected from all the relevant sources in that area.

An example is the Pakistan Data Portal which is a project of Alif Ailaan and Sustainable Development Policy Institute. This data portal is an online tool for the sharing and dissemination of all data on education in Pakistan. It is a collection of information on education in Pakistan and assembles datasets from public and private organizations on topics including infrastructure, finance, enrollment and performance. This portal provides single point of access for tracking change in education in Pakistan over the years. Policy Makers, Teachers, Parents, Journalists and Politicians can browse relevant data and form a clear picture for further improvements.

Another similar type of project has been started by pakreport.org which strives to provide data open for the general public in miscellaneous categories. It was founded in 2010 when it created a map to report flood information for effectively utilizing incoming aid efforts and since then it has progressed to win recognition locally and internationally.

And last but not least, Open Data Initiative of the Government of Punjab is aimed at making information accessible by the public in open formats so as to create an effective system of government responsibility and accountability. The initiative has been started in collaboration with the World Bank and Information Technology University Lahore. At present, datasets related to the Education, Population and Development Schemes of the Government of Punjab have been uploaded while the work on other datasets is in progress.

Projects like these are shaping the change of the open data landscape in Pakistan and holds the great potential of open data.